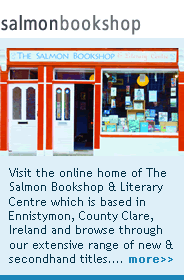 Jose Manuel Cardona is a poet deeply imbued with world poetic traditions, with Pound, Rilke, Holderlin, Vallejo. "Birnam Wood", poignant and sad, yet celebratory, of life, of love, of art ...

José Manuel Cardona, a voice from afar. Birnam Wood, poignant and sad, yet celebratory, of life, of love, of art. Friend of Luis Cernuda and a whole generation of Spanish poets and artists before him, exiled by Franco’s Civil War, Cardona left Spain during the early Franco dictatorship. His obtaining doctorates at universities in Nancy and Geneva, and later working for the United Nations in many of the world’s capitals, did not mitigate what was ultimately to become a life of exile. Starting to write poetry and collaborating at poetry journals in the fifties, Cardona is a poet deeply imbued with world poetic traditions, with Pound, Rilke, Hölderlin, Vallejo. Yet despite exile, Cardona is and remains a deeply Mediterranean, Spanish poet:

Under this sea Phoenician amphorae

The foreigner knows that the land

He most loves is not his and he remains

The anthology Birnam Wood was first published in Spanish as El Bosque de Birnam in 2007 by the government of Cardona’s native island of Ibiza.  It is thanks to José Manuel’s daughter, the polyglot American poet Hélène Cardona, that it has now seen the light in English, in her spirited, inspired translation.
Unlike Ulysses, who according to Homer shunned Circe as sorceress, Cardona dedicates some wonderful love poems to her, whose eyes he apostrophes as the “astral gaze of [a] blind sphinx.” An entire poetic cycle of 1959 is entitled “Poemas a Circe”:

This island where we love belongs to no one.

I prefer it this way, because love

Is that language of fire or scattered

He not only compares the loved woman to the earth, but she becomes, she is, the earth herself:

Circe, you are flesh, fertile land,

But ultimately, even in Circe’s arms, the poet remains a stranger, at home and abroad. And from Circe’s arms, he is propelled toward travel, toward foreign lands, and into exile:

If they ask what is my name, I will

answer No one, My name is No one, No one,

and I own nothing, and it doesn’t hurt me

because this way I walk with less weight. [33]

Like that other poet diplomat in Rangoon, writing “Residence on Earth” several decades before him, Cardona is a deeply engagépoet embodying human suffering, in Spain as elsewhere:

I embody each man, each remnant

Of tormented man, each slag

Of debased man, each cry

Overall, José Manuel Cardona’s vision of humanity remains bleak, which is not surprising, given the times that were his to live in. In the major poem of 1995, “El Embeleso,” [The Spell], he writes, evoking Plato, Hobbes, and their ilk of humankind’s pessimists:

I don’t think we ever leave

the cave. Wolf, tiger and vulture,

Yet with the very word of “fleeing”-- of people being forced into times of exile by times of war and civil war—José Manuel Cardona suggests a parsimonious note of hope for future generations: Humans, take heed, and reform!
And this he means, may be possible largely, thanks to the gift of poetry.
-Margaret Saine

So, the overture of Latinate vowels ascends.

Hope is your name, because a name

Has meanings only love

And, so the daughter of the Master Spanish poet translates.

Each line put down, hard won, and so deliberated with all of the full adjudicative sympathy of the science, by both.

I kiss your bronze skin burnished by the sun.

Bruñida/burnished was one of Baudelaire’s favourite verbs, Les Fleurs du Mal is full of the burnished bodies of women. There is this to consider, but there is also the voice of honeyed experience. These opening four lines are taken from the very first poem Circe II, one out of a whole cycle of poems devoted to the Homeric muse, who kept Odysseus from Penelope for several years, while turning his poor sailing companions into pigs by her magic. Hence, the reference to Baudelaire. For Circe, the goddess, is but woman eternal, fashioned out of the great tapestry of human experience, and José Manuel Cardona, like Baudelaire and no doubt Homer before him, has come but to inscribe the pain.

When I was in my early twenties, my fellow students and I feverishly employed ourselves to the production of a campus literary magazine. We were fuelled by visits from poets like Robert Bly, Marvin Bell, and John Logan who came to read to us in the campus lecture hall. Especially mesmerizing was Robert Bly, whose journal The Seventies introduced our young minds to translations of poets like Rilke and Tomas Transtromer. Especially popular were the translations from the Spanish: Fredrico Garcia Lorca, Cesar Vallejo, Pablo Neruda, and Blas de Otero. What excited us about the poems from the Spanish? Bly said, “We accept tons of dull poetry, and no one looks for an explanation of why it is dull.” The poets translated from Spanish were not dull. They, in Bly’s words, “loved the new paths of association” and their leaps were the fuel that we as young poets adored and consumed like addicts.

In a similar vein, now that I’m slightly older, I have been enthusiastically revitalized by the recent encounter with the poetry of José Manual Cardona, masterfully translated by his daughter, poet Hélène Cardona.

José Manuel Cardona is a poet, writer, and translator from Ibiza, Spain. The Franco regime forced him into exile in France. This exile informs much of the spirit in this book. The original Spanish language is printed face to face with Hélène Cardona’s English translations. In her hands, El Bosque de Birnam (Consell Insular d’Elvissa, 2007) or in English, Birnam Wood (Salmon Poetry, 2018) sings to us in a rendering that is lush and passionate.

My favorites in the book are the Poems to Circe, where the young exiled poet, full of passion and longing, envisions himself as a modern Odysseus, swayed by his personal enchantress, at once person and country, who is seen everywhere, in the sea, in the sky, and on the earth. In years, I have not read a poetry more expansive, gripping, and beautiful for the true music of language.

I open my blood in love

and offer it to you.

I am amazed every day by the roaring

Nor will I spend much time among you.

The foreigner knows that the land

He most loves is not his and he remains

When it’s time to leave,

When the wind raises its moorings

And the rigging is wrapped with the mysterious

Smoke of dawn and the fish

Slime is soft in the grotto

Where we sacrifice to the gods,

When you do not see me among you,

Abandon my name to oblivion.

I leave you nothing and I take nothing

With me. There are no anchors or banners

To commemorate my tenure.

Only the long knife of the stars

In the night’s open eyes.

I haven’t come to sow in your fields

Nor do I think of collecting for winter.

I have been with you, that’s all.

Circe knows what stars, what storms,

What millennial moons brought me.

I know the signs ruling exile

And death and abandon myself

To a dark honey blood.

I am iconoclastic and break idols.

I affirm and deny with the same force.

Those who know me know the fire

In my decisions, what brutal force

Accompanies my laughter, what madness

Has bitten my chest and the black

Mastiffs barking on my heart.

–It was just a man who knew himself

A man inside and out. A Stranger

Who arrived, saw and loved. The humble

Adopted him a citizen of the island.

A man bound with human skin.

–And he is still alive and remembers you.

Review: Don Cellini reviews Birnam Wood / El Bosque de Birnam for The Ofi Press Magazine (May 2018)
Hélène Cardona has done what few translators have the chance to do: she has translated the work of her own father, José Manuel Cardona. In this book Cardona presents his readers with poems on the human condition: love and loss, as well as exile and the diaspora.
Hélène Cardona is a seasoned translator, having already completed translations of authors such as Rimbaud, Baudelaire, René Depestre, Ernest Pépin, Aloysius Bertrand, and others. She has provided a service in sharing her father's work with us in English, shedding additional light on that generation of Spanish poets who were forced into exile from their country. She lets us feel the pain of distance and separation as well as of life in new places.

Review: Fred Johnston reviews Birnam Wood / El Bosque de Birnam (April 2018)
Hélène Cardona has produced a very fine translation in Birnam Wood, a collection of her father’s poetry of travel and experience, the Ibiza poet, José Manuel Cardona, rich in language, metaphor and imagery. A lovely book and a must for students and poetry-lovers alike.