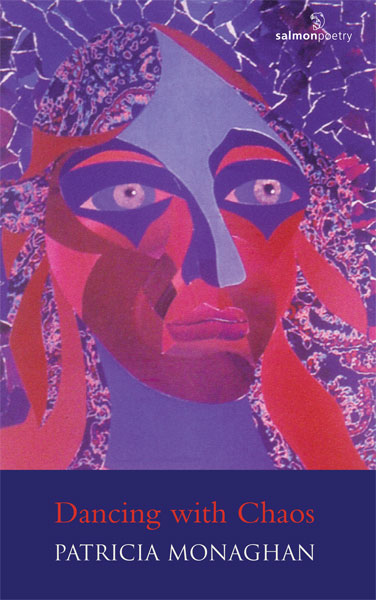 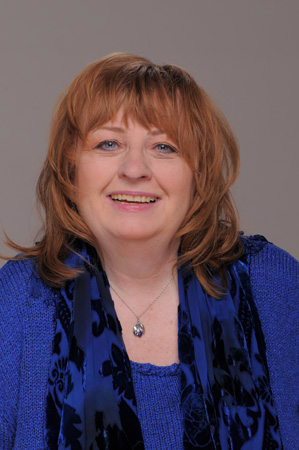 Patricia Monaghan was Professor of Interdisciplinary Studies at De Paul University, Chicago. Her several Irish related works include, Irish Spirit: Pagan, Celtic, Christian, Global, an international collection of essays which she compiled and edited for Wolfhound Press in 2001. Her poetry collection Dancing with Chaos (SalmonPoetry, 2002) notably delights in the entanglements of the human and personal in poetry and science. Patricia was honored with a Pushcart Prize, the Paul Gruchow Nature Writing award, and the Friends of Literature award for poetry. She and her husband, Michael McDermott, founded The Black Earth Institute, a writers & artists think-tank whose current Fellows come from all over North America and Ireland, and she was vice-President of the Association for the Study of Women and Mythology as well as a lecturer for the Women's theological Institute. Patricia died on 11 November 2012.
The Poised Edge of Chaos

Sand sifts down, one grain at a time,
forming a small hill. When it grows high
enough, a tiny avalanche begins. Let
sand continue to sift down, and avalanches
will occur irregularly, in no predictable order,
until there is a tiny mountain range of sand.
Peaks will appear, and valleys, and as
sand continues to descend, the relentless
sand, piling up and slipping down, piling
up and slipping down, piling up - eventually
a single grain will cause a catastrophe, all
the hills and valleys erased, the whole face
of the landscape changed in an instant.

Walking yesterday, my heels crushed chamomile
and released intoxicating memories of home.
Earlier this week, I wrote an old love, flooded
with need and desire. Last month I planted
new flowers in an old garden bed -

Today I rose early and walked by the sea,
watching the changing patterns of the light
and the otters rising and the gulls descending,

and the boats steaming off into the dawn,
and the smoke drifting up into the sky,
and the waves drumming on the dock,

and I sang. An old song came upon me,
>one with no harbour nor dawn nor dock,
no woman walking in the mist, no gulls,
no boats departing for the salmon shoals.

I sang, but not to make order of the sea
nor of the dawn, nor of my life. Not to make
order at all. Only to sing, clear notes over sand.
Only to walk, footsteps in sand. Only to live.
Review in The Burning Bush, Number 8, Autumn 2002

This collection by Irish-American popet Monaghan uses science, particularly chaos theory, as a metaphor for human relationships. The opener, the aptly titled "In the Beginning", revisits Ovid, order and form imposing itself on the chaos of the cosmos. "[L]et me be the voice of mutability, / the only constant in this world,"writes Monaghan here. The ongoing tensoin between order and chaos informs this collection throughout, as the poet makes the obliquely Ovidian remark in the penultimate poem, "What cannot be controlled will not be" ("Ecstasy"). Yet Monaghan seems to want to embrace chaos just as much as she is aware of its dangers. "Strange Attractor" describes "the accident / That changed everything, the sudden bend / In a previously straight road, the lack, / Suddenly, of directional signs," the way that one unexpected event or decision can send your life onto a new and wholly unpredicted course. But in this instance she writes, "I didn't want / To be safe." Indeed there is no pat ending to this poem: "As the sky went dark and opal, I vanished / Into someplace torn and darned with wind, / Buoyed upon the flood right up to the impact --"Quite often Monaghan employs standard free verse lines to convey her ideas, but in one instance, the poem "Degrees of Freedom," she allows form itself to demonstrate the "infinite // degrees of / freedom," in chaos, as previously confined poetic lines break up all over the page. "Hurricanes in Spacetime," a rather different piece, evokes an ancient quality in this story of the death of time. A few other Monaghan poems also read like short stories.

"The Three-Body Problem" takes its title from 19th-century mathematician Henri Poincare's answer to a "famous problem: how can we calculate the motion of three bodies in movement around each other?" The note continues, "Poincare determined that linear equations -- ones in which actions have linear reactions -- cannot solve such problems. Rather, nonlinear equations, in which actions can generate geometric reactions, are necessary." Monaghan places this principle in the realm of romantic / sexual liaisons: "Two bodies, then a third. / And everything is different after that." It's not quite clear if Monaghan is referring to an actual threesome, rather than a love triangel, but this seems likely given the following stanza:
When the bodies interact, everything

becomes important. Huge changes are caused
by the tiniest gestures: a glance, a whisper,
the touch of fingertips on the inside of a wrist.


In fact, it is her love (sex) poems that come across most strongly, the physicality o pieces like "Desideratum," "Your Mouth" and "Your Eyes, At That Moment" helping to offset the theoretical science that is to be found here generally. It may be that things like dark matter and fractal geometry lie behind the fabric of the universe, but it is "the truth of sex: salmon roiling / in the seas, a cat screaming / in the night, ravens flying wing / to wing, the tearing pain of birth" that we actually experience in our lives (if we're lucky). While Monaghan is at her most honest and her most visceral when she explores such subjects, Dancing with Chaos remains a strong collection read as a whole.

Other Titles from Patricia Monaghan 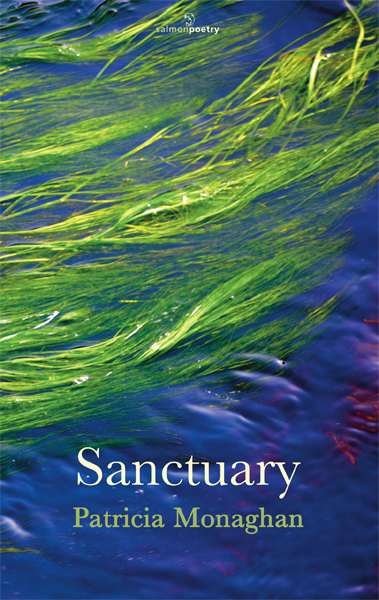