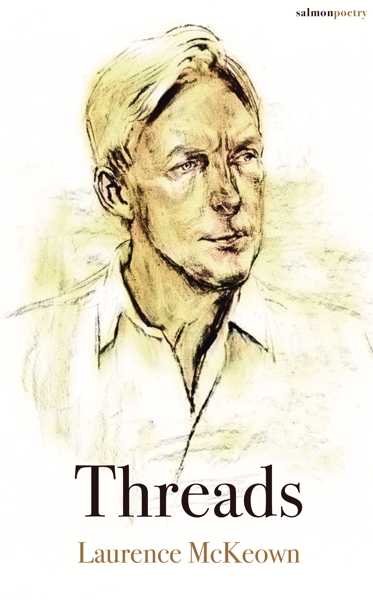 “Laurence has written poems that are strong, with a mind that is strong, words that are strong, and beliefs that are strong.  Yet the strongest parts are the moments of weakness. I have known Laurence, known prison, known being subjected to the overwhelming power of others, known belief and hope, and known the joy of release and change. So I cannot read these poems as poems. I can only share in them as experiences, painful, sharp, sardonic, and loving. And remember that when all human company had been stripped from us and we were alone to despair, words and thoughts and words alone would be our sole companions.”

“Reading Laurence McKeown’s profoundly personal poems from the brutality of jail I felt an intruder on the ‘solitude’, the ‘loneliness’, his ‘wet silence’. Laurence reminds those beyond the prison gates how taken-for-granted is our daily opportunity to experience the sensation of ‘moss’ and ‘grass’– ‘softness underfoot’ – while inside, the loss of physical as well as human contact defines un-freedom. Challenging that alienation is his intellectual awakening to Gaeilge; ‘the language of my people’. He confronts the oppressor; ‘How dare you attempt to silence me/ Or rob me of my words?’ An oppression, recognised in ‘Feminists’, that also reflects the politics of gender. I’m overwhelmed by the calm honesty of the words, the permission given by the author to step into his life, relationships, endurance, pain and resistance. No, not a voyeur but another who, in ‘History’, walks with him on the beach, ‘at the water’s edge’, our immediate presence lost to the ‘latest wave’… ‘And the anticipation/ Of what has yet to come’.”

“When I was working in Long Kesh as an Open University tutor, Laurence once remarked to me, ‘you can’t imprison the imagination,’ and these poems are testimony to that.  They articulate both his inner world when a political prisoner, and since his release; but they also speak to our wider human experience, beautifully conveying, as in a poem for his mother Margaret, the ‘joy, not in the purity, or form of completed verse, but in the release of feelings, thoughts, and ideas captured in words’. This is the poetry of resilience.”

“Despite being incarcerated in the H-Blocks for many years, Laurence McKeown never seeks out the fracture, or the fall. He embraces his life outside and at times weaves it with his earlier self. In these well-wrought poems, politics mingle with poems about lust and erotic love. If the love poems have grace, the political poems have their own genesis, unlikely threads that work side by side.  A starting point for shorter poems is homage to the word and how it plays out on the page. Look and see, but don’t blink.  Another refreshing aspect of the poems is how he salutes his mother, simply and yet with all-consuming empathy. These poems enhance the volatility of change and present us with a tough man not afraid to show his feminine side.”

“‘So now we will form our own words’, ‘and poetry dispenses with preliminaries’.  With Threads Laurence McKeown creates a songline through his incarceration as a ‘terrorist’ to his recognition as a freedom fighter; through the resilience of his comrades to his rage at their death; through the toll on his family and a ‘multitude of unfulfilled desires’ until his release into the arms of a lover and his daughters.”

“Many people interested in Northern Ireland’s ‘Troubles’may well be interested in Laurence McKeown’s take on them in this form. I would urge them to spend time with ‘Margaret (for my mother)’, by far the longest, and (for me) the best poem in the collection. In it the personal and political come together – deftly, unselfconsciously, truly. It is a moving poem – the beating heart of this first book of poems – and worth the price of the whole thing in itself.”

“I met Laurence more than ten years ago at the Belfast Film Festival, so it was a pleasure to meet him again as a poet. In his poem, ‘Red Mick’, about a hunger striker who died while they were both in prison, there are a couple of lines which particularly resonate:  ‘I believe that in the H-Blocks you found something to love and live for/ A place to give what was yours to offer.’  That’s the feeling I had when I finished this book of poems. From it, I was able to understand a little more of what happened to Laurence and how, in the title of another of his poems, he ‘learned to speak a new language’ – that of poetry.  An incredible achievement.”

“I love poetry because I can read it for five minutes or five hours and it will always give something of itself to me. Laurence’s collection of poems gave a lot to me. I thoroughly enjoyed reading them and will do so again … and again. This is poetry of imprisonment, politics, and a touch of erotica. It is very personal, and it is a brave step to share your inner self with the world through publishing. I’m glad he took that step. I suspect that almost everyone in the world has composed at least one poem at some time in their lives. It is an art form available to the masses and the individual. In Laurence’s poem ‘Introduction’ he says that ‘poetry dispenses with preliminaries’. Join his conversation; you’ll be glad you did.” 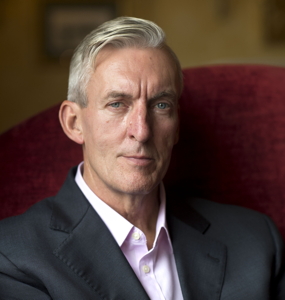 Laurence McKeown is an author, playwright, filmmaker, and academic though sees those roles within the broader context of political activism and the role that the arts can play in that.
His involvement in creative works, political education, and academia began during his period of incarceration as a political prisoner in the H-Blocks of Long Kesh (1976-1992). Following his release from prison Laurence completed a doctoral thesis at Queen’s University, Belfast. His thesis was published in 2001 entitled Out of Time.
Whilst pursuing his PhD studies, Laurence co-wrote (with Brian Campbell) a feature film, H3 (2001, Metropolitan Films), based on the 1981 hunger strike within the prison, which Laurence participated in (for 70 days) and during which 10 prisoners died.
In 1995 he co-founded the West Belfast Film Festival, which in 2001 expanded citywide to become the Belfast Film Festival. Laurence was chair of the film festival for its first ten years and remains on its board of management.
Laurence has written twelve plays, three books, one TV series, a radio drama, and three documentary films. His most recent play, Green and Blue (produced by Kabosh Theatre) was premiered at the Belfast International Arts Festival in 2016. It has toured Ireland extensively and been performed in Paris, Dresden, and London. Laurence was short-listed for the Irish Writers Guild of Ireland Zebbie Award (2017) for Green and Blue.