Catch Me While You Have The Light / Richard W. Halperin 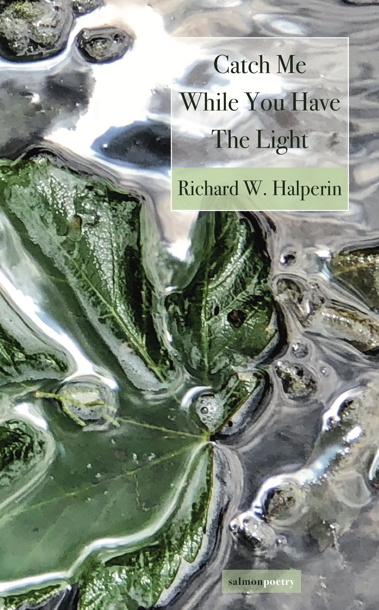 Catch Me While You Have The Light 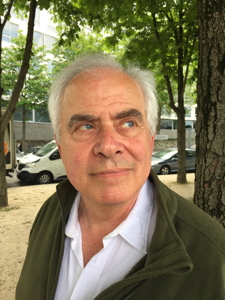 Richard W. Halperin holds Irish and U.S. nationality, and for the past decades has lived in Paris. His poetry is widely published in journals and magazines in Ireland. Catch Me While You Have the Light is his fourth collection for Salmon. The others are Quiet in a Quiet House, 2016; Shy White Tiger, 2013; and Anniversary, 2010. The latter was published in Japanese by Kindaibungei-sha Press, Tokyo. 2012. A French version, Présence, is the subject of an article in Translation Ireland 2017. He has had seven chapbooks brought out by Lapwing Publications, Belfast. The most recent of these are Prisms and Three Poem Sequences. He retired in 2005 as Chief of Teacher Education, UNESCO, where he edited Reading and Writing Poetry: The Recommendations of Poets from Many Lands on the Teaching of Poetry in Secondary Schools, downloadable gratis in English, French and Spanish.
Catch Me While You Have the Light

Pearse Station, Dublin.
A blue net stretched across its ceiling
Keeps objects which my tax euros helped pay for
From falling on my head.
Because of Veronica Lake – ‘The Star Veronica Lake,’
As Weegee entitled his photo of her
Which belongs in the Louvre –
Women who worked in wartime factories
Were forced to wear snoods, so that their hair
Wouldn’t get caught in machinery.
My tax euros helped pay for the
Divine blue snood in Pearse.
I drink my coffee bought at the platform shop,
Await my train to Greystones,
Feel like a king.
A pigeon walks with dignity,
Despite intestinal distress,
On the blue net.
Another king.
Pigeons will one day walk through
All of Pearse and all of the Louvre
And other roofless edifices,
As rhododendrons cover the entirety of the isle of Ireland
And as God knows what covers the entirety of France.
The Angelus rings.
Miss Lake looked beautiful.
Catch me while you have the light.
Catch me while you have the light.
And Howth
A brilliant day. We walked the village and the shore.
Locals, children, dogs.
No Yeatses, no Pollexfens, but one could feel the draw.
You wore a straw hat to protect you from the sun.
Ridiculous if one thinks about it:
A straw hat versus the sun.
The sun won.
Two years later you died.
Why is it that Paris, Dublin, so seldom return?
A glorious Rosenkavalier we heard at the Met returns often.
Colour, mass, light.
And Howth.
Copyright © Richard W. Halperin 2018
Review: Catch Me While You Have The Light reviewed by Ann Daly for Crossways #6, April 2019
This latest collection of poems from Richard W. Halperin is a collection indeed, with over seventy poems encompassing a broad range of styles, subjects and locations brought together with a beautifully crafted and carefully considered eclecticism. It is a multi-layered work that begins with Irish Light and ends with The Pines of Georgia and brings the reader on a transcontinental odyssey that embraces the intimate and the epic, the parochial and the panoramic and namechecks both the literati (Proust, Woolf, James) and the glitterati (Veronica Lake, Bette Davis, Lana Turner).
As the title suggests, light and colour pervade these poems and Halperin’s painterly style is particularly effective when capturing the elements. The wind, the rain and the sea echo throughout, sometimes a fierce and howling presence as in Blown Off and often a gentle refrain (A Walk by the Sea).  Some of the poems describe a painting (Kindness, Bronzino Portrait) while other poems simply are portraits or landscapes in and of themselves, delivered with the caution that what is alive is always more interesting than the rendering of it, whether in paint or in words.
The transient is emphasised by the recurring references to movement and travel. Platforms, trains and guest rooms feature frequently.  However, the most visceral poems, are those that are the most intimate, honestly confronting the regret, loss and loneliness that come with age. The reader is constantly brought back to the quiet Parisian courtyard where the Poet contemplates the past and both the power and the inadequacy of language when capturing it.
You cannot read these poems without admiring Halperin’s depth of knowledge and mastery of style. He keeps his readers on their toes with numerous biblical, philosophical and literary references. The language is rich, switching effortlessly from the prayer-like (Honour for My Friend) to the list (Inventory, That We May All Go On) and making particularly good use of the sonnet form.
I thoroughly enjoyed reading Catch Me While You Have The Light. However, I would question whether the sheer number of poems, references and subjects take away somewhat from the resonance of what is at the heart of this collection. Halperin is at his best when gently capturing the stasis that occurs following the death of a loved one, when a person is caught between reminiscence of the past and contemplation of the future that might have been. The short series of verses in Green Light illustrates this, where the precision and lyricism of the language is distilled and given a chance to breathe. It is a small quibble that lacks significance when compared to the quality of the poems. Halperin’s poetry is beautiful, bright, vivid and compelling.

Other Titles from Richard W. Halperin 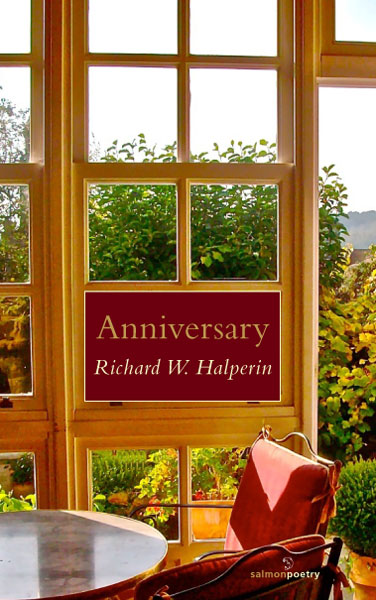 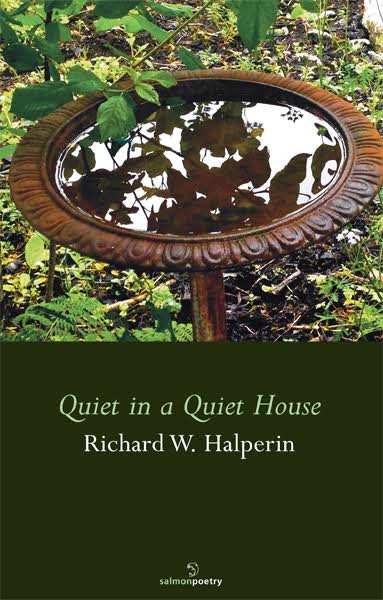 Quiet in a Quiet House 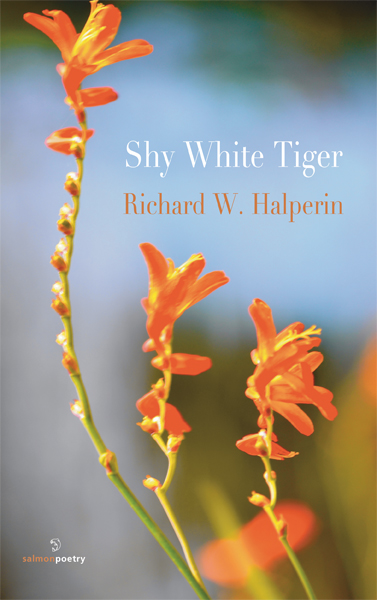