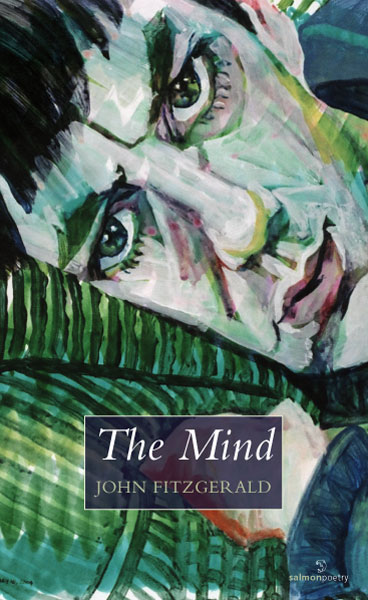 JOHN FITZGERALD is a poet, writer, editor, and attorney in Los Angeles. A dual citizen of the U.S. and Ireland, he attended the University of West Los Angeles School of Law, where he was editor of the Law Review.
The recipient of the 2022 Naji Naaman Literary Prize, he is the author of four books, more recently Favorite Bedtime Stories (Salmon Poetry), Finalist for the Julie Suk Book Award, and The Mind (Salmon Poetry) semifinalist for the Alice James Book Award.
Other works include Primate, a novel & screenplay, and the non-fiction For All I Know.
He has contributed to many anthologies, notably Days of Clear Light (Salmon Poetry); Human and Inhuman Monstrous Poems (Everyman's Library Pocket Poets Series); Pratik: Celebrating Baudelaire 200 Years; Even the Daybreak: 35 Years of Salmon Poetry; The Plume Anthology of Poetry 5; Pratik: The Ghosts of Paradise - Special Los Angeles Issue; Rubicon: Words and Art inspired by Oscar Wilde; From the Four-Chambered Heart: In Tribute to Anais Nin; Dogs Singing: A Tribute Anthology (Salmon Poetry); and Poetry: Reading it, Writing it, Publishing it (Salmon Poetry).
Other publications include World Literature Today, The Taos Journal of Poetry and Art, December Magazine, The Warwick Review, The Los Angeles Review, Plume, From the Fishouse, Askew Poetry, Barnwood Mag, and The American Journal of Poetry.
Twelve

Fear begins as larva.
Compare that to desire,
which is born just a smaller version of what it always will be.

Fears can become both flies and butterflies, given a choice.
Fear predicts the future.
That is how it knows where it is now.

Fear has a face that disappears whenever I look into it.
Removed from the center of the world,
I am afraid, and that is the point.

Fear is a hole between two places.
Some might call it a door.
I have three fears that look like worms in a jar:

The first is writhing, gasping for breath but still alive,
the second is just there, without knowing why,
and the third is nothing to write about.

Review: The Mind reviewed by Tulika Bahadur for On Art and Aesthetics - April 3, 2017
THE MIND” BY JOHN FITZGERALD: A NEATLY-STRUCTURED MEDITATION ON THE LOSS…AND THE RECOVERY OF “THE CENTER”
At the heart of John FitzGerald’s third poetry collection The Mind (2011, Salmon Poetry) is the seemingly important yet forever elusive concept called “The Center”. What is this center? It is never directly defined, just that the effects of its proximity, and lack thereof, to human consciousness are given expression through unforgettable imagery – biological, geometrical. Also legal, which makes sense, for the poet happens to be an attorney (for the disabled, in Los Angeles).
The Center, the reader gets an impression, is some kind of metaphysical place. A location of wholeness, of clarity. Separation from it is pain. We do not know what the Center is composed of, but mid-way through The Mind, the poet drops a particularly illuminating line on its role and its function in our lives – “from the center,” writes he, “we attribute value”.
On a structural level, the book is a circle. It commences with departure/disorientation (“Removed from the Center”) and concludes with arrival/reorientation (“Regaining the Center”). The journey in between is broken into nine deeply philosophical sections: “Fear”, “Time”, “Beauty and Truth”, “Death”, “I”, “Prophesy”, “Rules”, “Choice” and “A Mind like the Wind”.
As he begins this work, the poet finds himself alone, in darkness. He wants to understand “the mind”. Face it. Through it, find a way ahead. But the mind is too complex, too large, too stunning. FitzGerald writes:

Removed from the center, I begin again, / where someone in the crowd might be, / those absolute strangers, in whose lives I am.

I can only look into the mind for five more seconds. / The true mind, the one of thinking, is far too bright to see directly. / I have to veil it to contain it.

I have to trick myself into believing I even can contain it. / The way someone drowning swallows the ocean, / I can take no more than a glass of river, and the rest consumes me.
“I can only look into the mind for five more seconds. / The true mind, the one of thinking, is far too bright to see directly. / I have to veil it to contain it.”

Removed from the center, the poet is afraid. He soon talks of the demise of his father and his uncle. He dwells upon the taste and the smell and the shape of fear. Fear is like dust, thinks FitzGerald. And fear is unlike desire. Desire starts small and gets bigger and bigger, remaining the same version all along. But fear is unpredictable. It can transform itself, turn into success or failure:

Fear begins as larva. / Compare that to desire, / which is born just a smaller version of what it always will be.
Fear transforms into other things, desires just get bigger. / Some like to point out that the caterpillar transforms into a butterfly. / Maggots become flies,but who pretends to notice?
Fears can become both flies and butterflies, given a choice. / Fear predicts the future. / That is how it knows where it is now.

FitzGerald continues to concentrate on different phenomena: Time, Beauty, Truth, Death. On time, he makes a most interesting observation: “The mind is door after door after door, / Time is keeper of the keys.” Time, in a way, helps the self handle the mysterious enormity of the mind. Time unravels moments, keeps things from happening all at once. Time, the passing of which we like to indicate through rhythmic mechanistic ticking, fundamentally remains “as silent as ellipses”.
After a while, the human sense of identity – the “I” – emerges like a divinity in the book. What is it? Who is it? For the poet, “I” is at once the generative and intelligent deity and the privileged Adam in paradise, who must engage in taxonomy (Genesis 2:19-20) – “I is the Creator. Or at least, the giver of names.” But this semi-human semi-divine “I” feels weak and threatened. It has a fluctuating constitution. It has no proper territory – “It recognizes other gods before it, to be sure. / If I’m not in the center, then where am I?” The poet tries hard to chart and calculate his character but his doubts and confusions regarding himself and reality hardly fade away:

Where would I go if I were a word? / I’ve been seeking landmarks to pinpoint my position. / There is no other reason to even bother to observe.
I draw an azimuth from four corners, / I try triangulation too. Here, where spaces / and lines intersect, is exactly where I should be.
Yet such measurements only serve to prove / that the mind doesn’t seem to exist. / And where would that leave this version of reality?

Reflections on “Rules” and “Choice” follow – thoughts on what could be and must be done in life (“dreaming”, “writing”), thoughts on the various possibilities available to the human self (“being”, “willing”). The poet, through these musings, starts to “regain the center”. He is pushed to, he confesses, a rather “anticlimactic end”. Nothing new here. He has just found what he had lost. What’s the difference? What’s the whole point then? According to him, the advantage of a newer, sharper vision. He writes:

Regaining the center is anticlimactic, like finding the end of a rope. / A complication of untangling. / Lost remains the only way to find.

Other Titles from John Fitzgerald 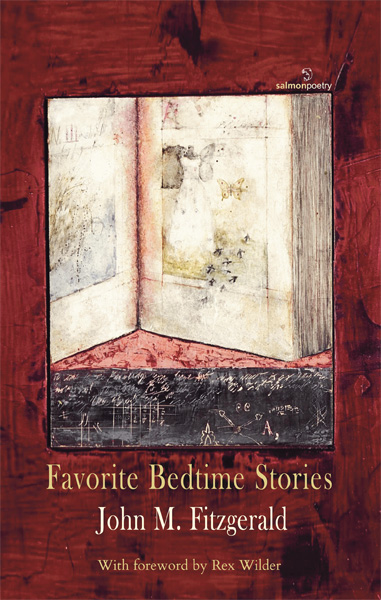