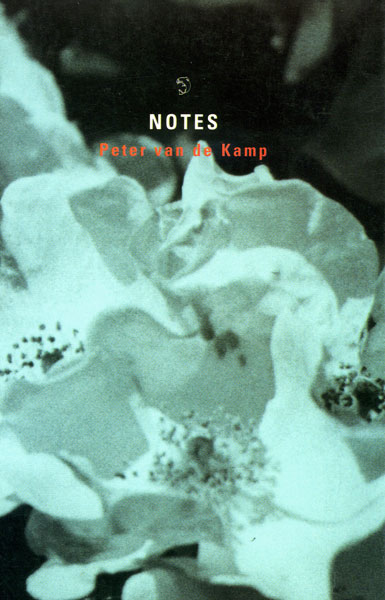 Peter van de Kamp was born in The Hague, The Netherlands in 1956. He taught English and Anglo-Irish Literature, Rhetoric and Stylistics at the University of Leiden and University College, Dublin, where he was a Newman Scholar. He now teaches at the Institute of Technology, Tralee. A poet, translator, critic, anthologist and scholar, he has published extensively in Ireland, England, Europe and the States. He co-authored a biography of Flann O'Brien with Peter Costello, edited, with Jacques Chuto et al., The Collected Works of James Clarence Mangan, with Frank van Meurs the most comprehensive bilingual anthology of Dutch poetry in English (Turning Tides), and with A. Norman Jeffares the recent series of anthologies, Irish Literature: The Eighteenth Century and Irish Literature: The Nineteenth Century. In all, he has published 17 books. His second collection of poetry, In Train, was published by Salmon in 2007. He was the founder of K.I.S.S., the Kerry International Summer School of Living Irish Authors. Peter lives in Tralee, with his wife Caroline and his dog Mickey, who both feature in this collection.
Return

If, on a sultry night,
You flutter past my porch
Into the light of my living,
I'll save you from scalding.
I'll elbow the lightswitch off,
Face the moon,
Elbow french windows shut;
And hands still in prayer
Entombing your tremble
(sinuous as venial sins
flicking walls of the chapel
before their confession)
Will spread in supplication
For your dark flight.
And I? I'll go back in again,
Switch the light back on,
Read a book, maybe,
Or maybe watch TV.

In both collections there is an overwhelming sense of confrontation with those most resilient of demons, those which populate that time in a life when one glimpses middle age for the first time.  And it is into this maelstrom of hard-won wisdom that we are invited by both poets. As Yeats knew it, "Bodily decrepitude is wisdom; young/ we loved each other and were ignorant."  The cost of wisdom is ageing it would appear, and wisdom hurts. In these collections, Dawe and van de Kamp have written verse that wouldn't have been possible in the beautiful silliness of youth.  When the eyesight dims, a sharper vision emerges.  Despite such shared ground, these poets have little in common, their songs having emerged from vastly different, even opposing, artistic conceptions. Dawe's voices speak continually of how to make sense of self's relation to time and space, to Modern Europe, to lost worlds, while van de Kamp's rarely speak of such a noisy landcape, reluctant, it seems, to journey far from the singular moment, the half-glimpse of self.

Reminiscent throughout of the poetry of the nineties, Van de Kamp's Notes is deceptively robust in its evocative arrangement of half-existent fragile moments.  The musical notes of the title also points to those spatial moments which each poem attempts to seize, and seizing them, the various voices in this collection manage faint but stunning soundings from the depths of what Pater named silence. Structured by nocturnes and variations, the collection attempts to express (if that's not to harsh a word) initially (in nocturnes) a series of delicate observations informed by death, transience and loss, all of which are marvellously deflated by a recurring self-conscious observation.  In nocturnes, there are deadly moths and nightshades everywhere, evenings dying in the glare of an extraordinary ability to glimpse far beyond the immediate moment, as in  "Quiet:" "The curtains drawn/Upon the moon/That drags the sea/The wind tears/To waves that wrench/Land and/drown."(6) The poet leads us to a pitch of intensity only to wrench us backwards with a wry kind of self-depreciation: "Inside the flutter has died/down."

Notes wears its nerves on the surface, revealing a voice, or voices, which plunge to the edge of despair without falling prey to the merely personal. And yet all is personal, or perhaps was before the controlling demands of song are placed upon it. This is possible due to the poet's shrewd handling of the ghosts of pain he conjures.  One feels, as in Yeats or Eliot, a hard-earned distance having been won in the forging of the poems. They are no more or less personal than Yeats' terrible beauties, which always emerged fraught with tenderness and yet shaped solidly into art.  Van de Kamp manages to achieve a similar kind of solidity, or robustness, as mentioned earlier, by virtue of the deep resonances which materialise in the poems. Yeats, Eliot, Dante, Blake, Schubert, Catullus, among others, are the resident ghosts in this delicate apparatus and yet Notes find its own serene voice in the midst of all those masters of silence.  It is so because these poems are both personal and impersonal.  They write with brutal candour about the heart of human fragility.

Lyric poetry, wrote Pater, is the highest and most complete form of poetry when one is "least able to detach the matter from the form."  In poems like "Midnight" (8) his words ring through. The punctuating raindrop of the second line ("A raindrop punctuates,/Then joins, the lake.") teases one to sense the clipped poetic lines, and almost hesitant moment of calm, followed by the growing disturbance of the boys in the cacophonic lines that follow in quick succession ("And timid boys violate/Her smooth complexion/For their first time."), eventually concluded by the filling in of the lake, the life, by endless drops. Poems like this are in communion with their own making, their own song and this more than any other quality, marks van de Kamp's extraordinary achievement.  This, in addition to the graceful ease with which the poems of nocturne echo so expertly the dark serenity of the classical music from which they grew.

Dawe's The Morning Train and van de Kamp's Notes are significant achievements, the one a kind of Prufock with the best part of a century's experience to buoy him, the other framing delicate hymns to the self.  Dawe' s Prufrockian voices have their own energies, their own fascinations and van de Kamp's selves are made of rags and bones of their maker's dress.  For this reader the noise of the one is familiar, if significant, clatter in Irish writing, but the notes in van de Kamp's songs are extraordinary sounds from another less noisy place.  As with the best of Yeats' lyrics, it is a place I will journey to again and again. 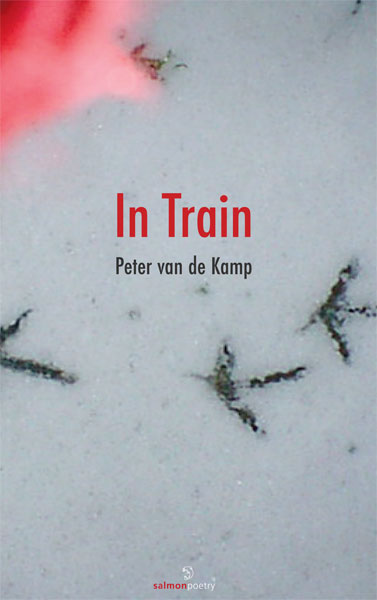