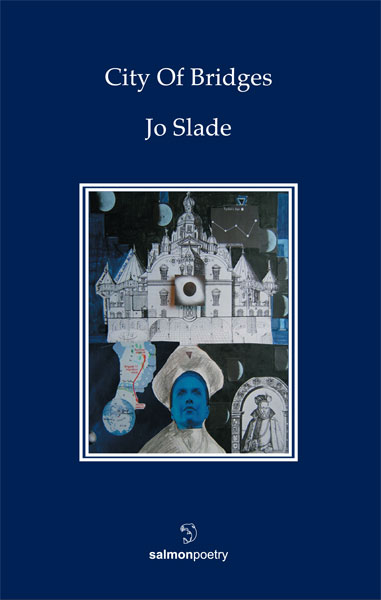 You see too much
that is why the treachery of crossings
inhibits you.

Look -
the bridge is certainly wide enough
and utterly luminous. 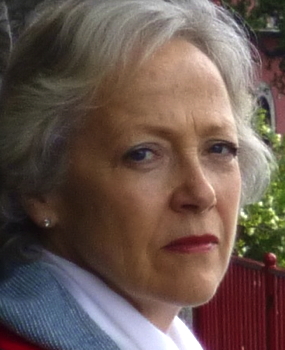 Jo Slade lives and works in Limerick. Poet and painter, she is the author of five collections of poetry and two chapbooks of poems, The Artist’s Room (Pighog Press, Brighton, UK 2010), The White Cottage (T-A-R Publications 2016). Her most recent collection, The Painter’s House (Salmon Poetry in 2013) was joint recipient of the Michael Hartnett Poetry Prize 2014. Other publications include: In Fields I Hear Them Sing (Salmon Publishing, 1989); The Vigilant One (Salmon Publishing 1994), nominated for The Irish Times/Aer Lingus Literature Prize; Certain Octobers (Editions Eireanna, Quimper, France, 1997) a dual language English/French edition, which received a publication bursary from the Centre du Livre, Paris, France; City of Bridges (Salmon Poetry, 2005), nominated in 2003 for the ‘Prix Evelyn Encelot,’ Ecriture Prize, Maison des Ecrivains, Paris. She has had poems translated into French, Spanish, Romanian, Norwegian, Russian, Italian & Slovenian, and poems published in literary journals and broadsheets in Northern Ireland, the UK, the USA, Canada, Russia, France, Slovenia, Spain, the Channel Islands & Italy. She was appointed as Writer-in-Residence for Limerick County Council in 2006 and writer-in-residence in the winter of 2007 at the Centre Culturel Irlandais, Paris, France. She is the recipient of a Literature Bursary & Travel Grants from The Arts Council of Ireland, Culture Ireland & Limerick City Council. She has exhibited her paintings widely in Ireland, France & Italy. Her most recent installation/exhibition took place in the Sailor's Home, Limerick, in 2016.
After Picking

Smokehouse apples in a bucket.
Things occur and pass away.
My Da said, "it's a story,"
he called it mysterious
the way appleblossom appears
even in snow.
It comes just as quick as it goes.

The apples in our orchard were different.
Beautiful they were, red and golden
and crisp as dry timber
sweet as honey on our fingers.
Sometimes I think he's here with us,
sitting under the silver maple
his head slung back casual
as if he'd like to stay.

Three buckets and a crimson moon.
Sometimes, if I see too clearly
if light changes those strange transparencies
I lose him again and again.
Every autumn it's the same story
of loss and gain,
of eyes full of apples red and golden
and noisy buckets full of rain.

Other Titles from Jo Slade 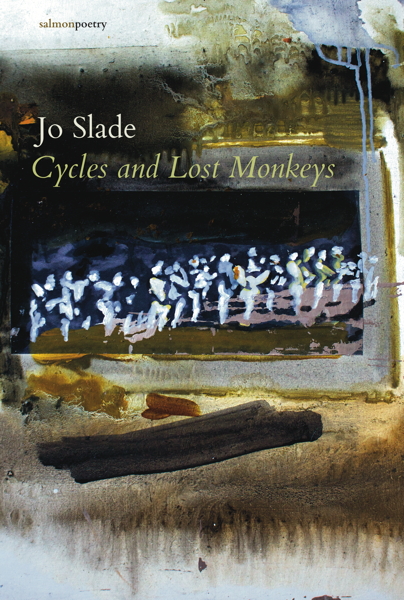 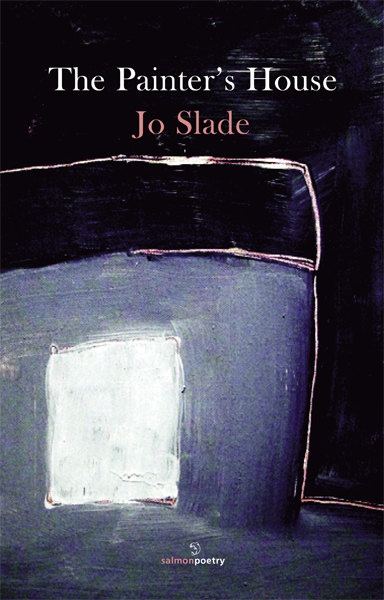 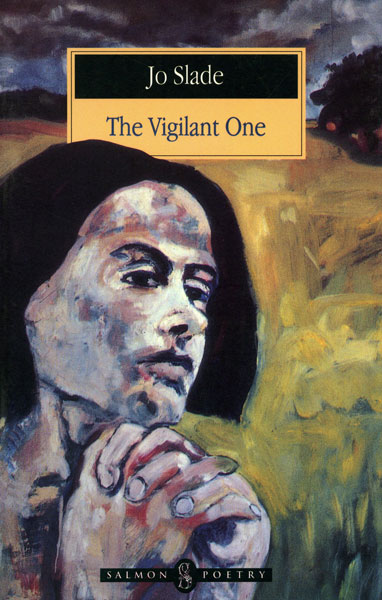