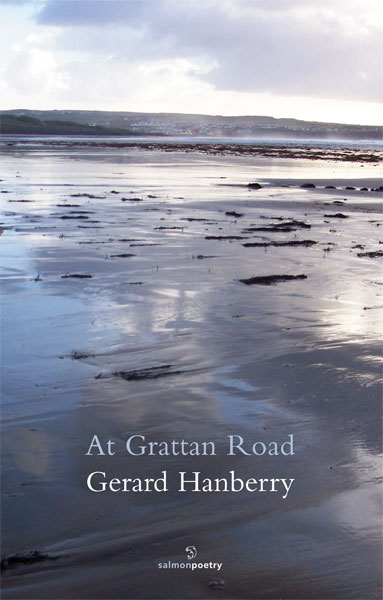 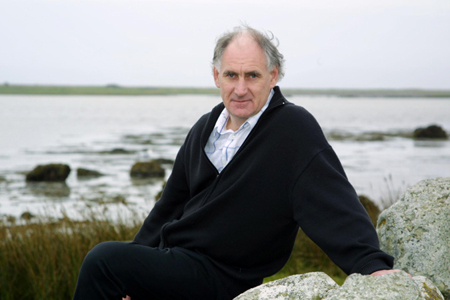 Gerard Hanberry is an award-winning poet living and working in Galway on the west coast of Ireland. This is his fourth book of poems and follows on his 2009 collection At Grattan Road, also from Salmon Poetry, a collection the Irish Times said was ‘bursting at the seams with fine poems’. Gerard Hanberry has also published a biography of the Wilde family More Lives Than One – the Remarkable Wilde Family Through the Generations (The Collins Press) and 'On Raglan Road - Great Irish Love Songs and the Women who Inspired Them' (The Collins Press / Gills) . He delivers a creative writing module at the National University of Ireland, Galway. He lives, overlooking Galway Bay, with his wife Kerry.
The Earth Circles the Sun

Now boys, it's like this, O'Donnell there is the sun, just look at his big head of red hair.

We all laughed at lanky O'Donnell
standing up in the middle of the room
and his mad head of red hair.

You Kelleher, stand over there near the window, your head is the Earth, what is he boys?
'The Earth, Sir', we sing-songed.

Now Gannon, you go over and stand beside Kelleher, your head is the Moon, what is he boys?
'The Moon, Sir,' we sing-songed again.

This is the tricky bit now lads - Gannon, you start walking in circles around Kelleher. Kelleher, you start pacing around the room. O'Donnell you stay standing exactly where you are, and wipe that smirk off your face. Now, Kelleher, start turning slowly as you go.

They made their way to the back wall, Kelleher walking
and turning, Gannon circling Kelleher,
then across the room and up the other side.

And how long will it take for Kelleher to get back to the start?
'About three minutes,' Freddy Glynn giddy in the front desk.
You're a fool Glynn, what is he boys?' 'A fool, Sir'.

Tell them sun.
'A year Sir, to circle the sun', O'Donnell's face
as red now as his hair.

He praised O'Donnell, explained about leap years,
how given enough space he could set out all the planets
even as far as Pluto.

Then Gannon fell over the rubbish basket,
Kelleher fell over Gannon,
and that ended the lesson.

Kelleher lives today in New York City,
a musician, and a fine one too.
Mike Gannon is in local politics.

Glynn has fingers in many pies
and flies a helicopter, goes racing.
Peter O'Donnell joined the army

and one day on a tour of U.N. duty,
his blue beret tucked under his arm
when he stood up tall on the rampart

to scan the dusty terrain,
a sniper put a bullet in his head.
His red hair an easy target,

even from a mile away,
like the sun, it was said,
against that perfect Lebanese sky.

GERARD HANBERRY'S At Grattan Road is a third collection of over 70 poems within which he creates a recognisable world, populated by cab drivers, soccer fans, bankers and others who make after-dinner speeches, use the internet, send text messages and negotiate a world both forbidding and forgiving, writes PAUL PERRY

The strangeness of everyday life is captured well in Francis Bacon at The Tate and Visiting France, where tourists are more like aliens "longing for their beautiful / but turbulent homeland many light years away".

When Hanberry pushes his own lyric reportage into the realm of alienation he is most successful. In Outside of Town , the unnerving speaker tells us about the "newspaper cuttings / and the knives" he keeps as well as the "girl with black hair". The poem ends with the chilling admission that "Sometimes I go out after dark".

Credo is a wonderfully realised love poem in a third section dominated by the presence of Eros: "I believe in nothing now except / the truth of your hand on my bare shoulder". But it is the final, fifth, grief-laden section that leaves the most lasting impression. In Alone, the poet perfects a deep sense of loss: "It comes at night when she is alone, / through the bald winter fields" and, finally, in the last poem, Seeker's Lullaby where Hanberry's more formal control gives way to a keening and affecting dirge:

no sign
nothing
sleep now
the clay softening
only sleep
nothing else
nothing
nothing at all.


At Grattan Road is bursting at the seams with fine poems.

Other Titles from Gerard Hanberry 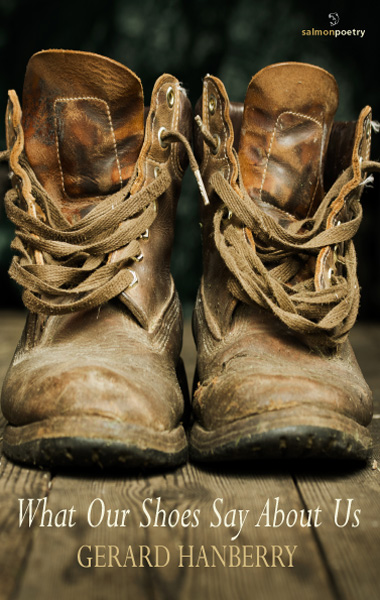 What Our Shoes Say About Us